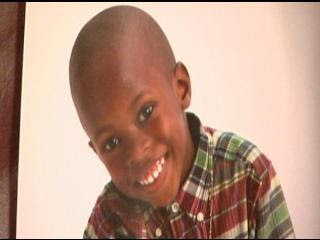 DECATUR, GA — Four-year-old Marquel Peters was killed by a stray bullet last New Year’s. His community is doing its best to make his memory last.

The Church of God of Prophecy in DeKalb County held a vigil Friday evening, at which county officials announced their intentions to bring new legislation against reckless gunfire.

“I have drafted legislation calling for an addition to the homicide statute — reckless homicide,” said William Miller, public safety director for DeKalb County. “Other states have it. It would give us another avenue to prosecute these kinds of crimes.”

Currently, reckless gunfire results in a misdemeanor. Even if police had found the person responsible for the bullet that killed Peters, that person would have received a maximum sentence of 12 months in jail.

DeKalb officials want to be able to enact harsher penalties.

Meanwhile, hard times continue for the church community of which Marquel Peters was a part.

“It’s very hard,” Peters’ mother said. “I think about it like it was just yesterday. It doesn’t get easier; it gets harder.”

Please remember this precious family in your prayers today.