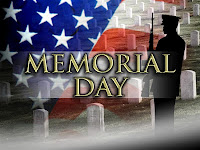 Memorial Day is a Federal Holiday that was instituted after the war between the States (1861-1865) to honor fallen Union soldiers.  An interesting fact is that this is an idea that was “borrowed” from a Southern States tradition known as “decoration day.”  A time when families would gather to decorate the graves of their loved ones, that was surrounded with the thoughts of “Homecoming” in the churches. 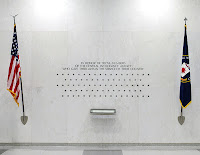 Over the last 150 plus years, it has become a day to remember and honor those who have fallen in combat operations from Shiloh to Fallujah.  From the beaches of Normandy to the mountains of Afghanistan, through Europe in World War 1 through Korea to Vietnam and smaller conflicts that history may have forgotten.  There are even those who have fallen in the service to our nation as CIA operatives whose identity is not named, but only marked by a star carved into the marble wall at their headquarters and with their name inscribed in a Moroccan goatskin bound book called the Book of Honor.

Americans have given their lives for the advancement of the cause of liberty and justice around the world.  Millions have been set free from tyrants, dictators and thugs who were often blood-thirsty and evil.  A legacy of honor and sacrifice is recorded in history books, which sadly enough, are being altered by revisionist historians who see capitalism as an intrinsic evil.

If this nation were to collapse, the horror that would be unleashed on the masses would be unbearable and generations of free peoples would suddenly be enslaved to the whims of dictators.  Technologies and advancements in science would come to a screeching halt and compassion would be a scarcely demonstrated commodity held only among the ruling classes.

Today, we have the ability to travel throughout our nation and cross county and state lines at will, we have the ability to gain an education, to disagree on everything from religion to politics and the choice to participate in the election of our leaders.  This Representative Republic has stood on the shoulders of free men and women who demand something better for succeeding generations…on the sacrifice of life and limb by the brave Soldiers, Sailors, Airmen and Marines and Coast Guard.  They left their homes, often giving up careers to serve with distinction in jungles, deserts, mountains and on the sea.

The amazing thing?  Only a very small percentage of our population actually serves in the Armed Forces of the United States of America, and I am proud to have been one of those who served.  I still believe in DUTY, HONOR and COUNTRY and that we are a nation that has a “rendezvous with destiny.”  I am thankful that countless others do as well.  You live, love and die free because of of these brave Americans.

Not all have served in the heat of battle…they stood as a deterrent force as demonstrated by those who served in the Cold War of the last century.  They are just as honorable and deserved to be thanked as well.

So, on this Memorial Day when you go about your life, grilling, boating, swimming or fishing.  As you relax with your family, remember, it is possible because of these brave Americans.  You have the right to disagree with the government, face your accuser and secure your liberty against tyrants.Your rights to due process and to life, liberty and the pursuit of happiness is guaranteed by our founding documents, but those documents are secured by citizen soldiers.

We are not subjects of an earthly king and the colors of our flag are lowered to a mortal despot because
God has blessed America and God has kept us strong to be a force for good and a friend to the common man and woman in an evil world. 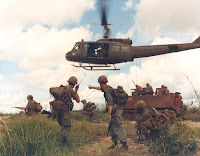 When my generation of troops returned home there was no thanks, no parades and in some cases the brave men and women were shunned and disrespected instead of honored.  To that I can only say, NEVER AGAIN.