Retired U.S. Army Chaplain (LTC) Jerry Moates, originally from Etowah, is appointed as the Interim Pastor of the City Park Chapel Church of God of Prophecy, S Matlock  in Athens.  Chaplain Moates currently lives in Cleveland.  The former Pastor Curt Aukerman and his wife Donna left their Athens pastoral ministry after serving the Church for 8 years in order for Reverend Aukerman to pursue his studies full time in the Medical Profession.

Chaplain Moates served 27 years in the U.S. Army and 15 years in the Tennessee Army National Guard prior to his retirement. He served in the TNARNG in Etowah, Sweetwater, Athens, Nashville and Smyrna serving as an Enlisted Soldier for 5 years and Officer for 10 years prior to going on Active Duty as a Chaplain endorsed by the Church of God of Prophecy.   He pastored Churches of God of Prophecy in Birchwood and Athens and served as a District Youth Director and National Evangelist prior to going on Active Duty in 1981.  He is a graduate of Tomlinson Church of God of Prophecy College, Tennessee Wesleyan United Methodist College and Temple Baptist Theological Seminary.

Chaplain Moates is excited about the opportunities and potential to grow the Athens congregation, reach the unchurched and interact with the Athens/McMinn Churches, Community, County and City. 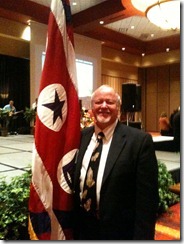