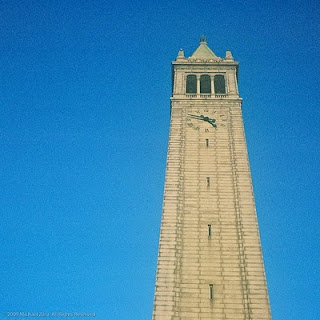 Hebrews 11 has become known as the “Hall of Faith.” The reason is quite simple. The writer spends a great deal of time giving a role call of the heroes of the faith. After all, this chapter is about faith, and what better way to teach faith than to illustrate with some real-life examples.

Mos of the people in this chapter are well-known, at least by anyone who spent time squirming in a Sunday School class as a small child, or who watched the late-night movies on the local channels featuring their stories. Who were they?

Abel, Enoch and Noah. Abel pleased God with his excellent offering, Enoch was so close to God that he actually walked with God to the point that one evening, while walking God said to Enoch, “we are closer to my house than we are yours, so why don’t you just go home with me?” Of course, Noah built an ark (according to God’s instructions) that saved mankind from total destruction.

Then there was Abraham…the father of the faithful. He spent his life looking for a city that was not built by men’s hands, but rather by God Himself. As an old man he was blessed with children and at a point when the physical capabilities were diminished, Abraham’s wife Sarah came up pregnant.

The chapter goes on to talk about Isaac, Jacob (who became Israel) and then to Moses. Moses was a picture of Jesus Christ to the world in so many ways, he was a great deliverer of people held in bondage. Moses had to make a choice….will I enjoy the pleasures of sin for a season or accept the eternal reward of God?” (11:25) When the easier course might have been to accept the title as Pharaoh’s son, he chose the suffering of God’s people and received a lasting reward. Later, he led the captives across dry land on read sea, ultimately to a land flowing with milk and honey.

Also listed in this chapter are people of less than honorable character. There was Rahab a harlot, Samson who found sin to be “binding, blinding and grinding.” David, Samuel and the prophets. But then he goes on to talk about women who received their dead raised to life again, others who were tortured (35) not accepting deliverance; that they might obtain a better resurrection. Then there were those who were mocked, scourged and imprisoned. Some were stoned, sawn asunder, slain with the sword…and some just ended up wandering through the deserts, destitute, afflicted and tormented. Wondering in the mountains and hiding in dens and caves.

But what was the common factor? They all had faith. Faith that caused them to give up the easy route in order to please God. I love what verse 38 says, (even though it was a note added by the translators of the KJV) that says, “Of whom the world was not worthy.” All of them kept a good report. All of them suffered, they were misunderstood and mistreated…but they were never forgotten by God….in fact they are enshrined forever as the heroes of the faith.

As I thought about this, I realized that we don’t know many of their names. They are the people who quietly go about their responsibilities, living out their faith in a responsible, low-profiled way. In fact, there are hundreds of years of history filled with these type people. Foxe’s Book of Martyrs reminds us of some whose names were known, but for the most part, the vast majority are known only to God.

Recently I overheard a conversation that gave me pause and made me think about these people, but in truth, I thought about people closer to our generation that we have known well. In my life-time I have read of the stories of men such as Jim Elliott who was killed by natives and of Steve Saint. I’ve read of leaders in my own church who were killed whiled traveling to preach the gospel. I’ve known men and women who have traveled this globe with little thanks for what they’ve done…men and women who sacrificed to leave behind them a church that was better than what they found.

They did without so that we could have. They suffered reproach and insult so that we could be accepted by the greater Christian community. They left church buildings built with their own hands, their own sweat and their own money. They sold fried pies, fried chicken dinners and held rock-a-thons to ensure the gospel would go to the foreign lands.

Did they have quirky ways? Absolutely, the stood out in their generation. Some of it was probably misguided zeal, but most of it was from a God-honoring heart, driven by vision and purpose. After all, didn’t the Scripture say, “But ye are a chosen generation, a royal priesthood, an holy nation, A PECULIAR PEOPLE:…” (1 Peter 2:9a emphasis added)

Back to the conversation that I overheard.

There was a lot of laughter and condescension in the tone of the conversation. These folks were making fun of the flag marches, the ladies all dressing in white on Sunday morning of the General Assembly. To them it was funny that people would travel on nickels and dimes to only sleep on the ground at the back of the tabernacle in Cleveland. They thought it funny to change the words of beloved songs to insult those who sang from a broken, honest heart. After all, who every heard of driving to a mountain in North Carolina to climb up the steps and pray at an altar erected there…oh, and pass by the tree where a church flag had stayed in tact when lightning struck the tree?

Well, my parents were some of those people. My mother and father accepted their call to ministry on top of that mountain…at that altar…in North Carolina. All the way from Indiana…to climb a mountain…and pray.

They spent the rest of their lives pastoring small churches that these people making fun would never attend. They went to the outhouse in the cold weather because there was no indoor plumbing. They lived in the basements of churches because there was no money to support a parsonage…even with them both working twelve hours a day…just to pay the light bill of the church. When the rain would come every spring and summer, the water would run down the walls of that basement and ruin my mother’s couch…she didn’t complain…she went to Goodwill and bought another one.

I remember questioning my parents once (before I was in full-time ministry) about their living conditions. My mother’s answer has never left me. She said, “son…the bible says to endure hardness as a good soldier of Christ. But that doesn’t mean you can’t enjoy it.” I have to admit…I still don’t understand the depth of her answer, but she did more than talk…she lived her words.

So when people make light of my heritage, they are making fun of me. They are laughing at others because they live in “Ivory Towers” untouched by the suffering and the sacrifice. No, they wouldn’t think of spending their ministry there….after all they are educated, enlightened and more spiritual. In fact, perhaps only one of those three descriptions is fitting…they did go to school.

Finally…these folks make ONE MAJOR ERROR in their assessment of those who have gone before us. They judge the earlier generations actions in the light of current culture, and they don’t think about those generations before us in the context of the world so many years ago. If they did, they would realize that their scholarship is shallow and left wanting.

These people, who view themselves as so far superior to their forbears may never say thank you for leaving a legacy of honesty, purity and fidelity…even though they are enjoying the fruit of seed planted so long ago….so I will say thank you.

No, I don’t understand everything, and I may not be as intellectually advanced as some of you…but I will say thank you to those who paved a way for me…for my children…and for my grandchildren. You ARE my heroes of the faith.