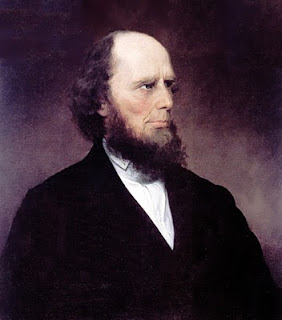 “When there is a want of brotherly love and Christian confidence among professors of religion, then a revival is needed. Then there is a loud call for God to revive his work. When Christians have sunk down into a low and backslidden state, they neither have, nor ought to have, nor is there reason to have, the same love and confidence toward each other, as when they are all alive, and active, and living holy lives.

When there are dissensions, and jealousies, and evil speakings among professors of religion, then there is great need of a revival. These things show that Christians have got far from God, and it is time to think earnestly of a revival. Religion cannot prosper with such things in the church, and nothing can put an end to them like a revival.

When there is a worldly spirit in the church: it is manifest that the church is sunk down into a low and backslidden state, when you see Christians conform to the world in dress, equipage, parties, seeking worldly amusements, reading novels and other books such as the world reads. It shows that they are far from God, and that there is a great need of a Revival of Religion.

When the wicked triumph over the church, and revile them, it is time to seek for a Revival of Religion. When sinners are careless and stupid, and sinking into hell unconcerned, it is time the church should bestir themselves.

It is as much the duty of the church to awake, as it is for the firemen to awake when a fire breaks out in the night in a great city. The church ought to put out the fires of hell which are laying hold of the wicked.

Sleep! Should the firemen sleep, and let the whole city burn down, what would be thought of such firemen? And yet their guilt would not compare with the guilt of Christians who sleep while sinners around them are sinking stupid into the fires of hell.”