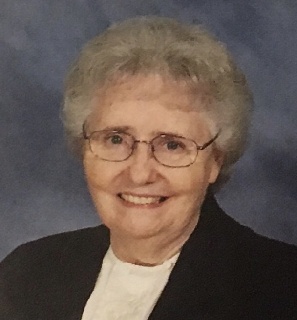 Funeral services will be conducted Saturday, January 27, 2018 at 11:00 a.m. from the Crossroads Church of God of Prophecy in White Bluff, TN.  Sister Londa Richardson and Bro. Gary Riley will officiate. Place of rest will be in the Williams Cemetery.  Visitation will be on Friday, January 26th at Taylor Funeral Home from 5:00 p.m. until 8:00 p.m. and on Saturday at the church beginning at 10:00 a.m. until the hour of service.

Mrs. Corlew, age 84, died peacefully January 19, 2018 at NHC of Dickson, TN.  Those desiring, memorials are suggested to the Wings of Rescue.com.  She was born in Nashville,Tennessee, daughter fo the late J. W. and Aimee McCutchen Waggoner.  Mrs. Corlew was the widow of the late Jarrell Corlew, who died in 1998.  She and her late husband had known each other since the third grade.  She was a loving, wife, mother, sister, homemaker and friend. She was longtime faithful member of the Church of God of Prophecy, and has been a licensed minister for some 60 years.  She ministered in many ways during her lifetime, and proudly served as a Chaplain for Horizon Medical Center in Dickson, TN.  She was a graduate of William James High School, Class of 1952, where she served as valedictorian of her class.

The family wishes to acknowledge the years of special love and care provided by her niece, Caroline Vandivort.

Survivors include her daughter; Janis Bass and her husband, Mike, of Ashland, MS, her son; Allen Corlew and his wife, Debra, of Brentwood,TN, her brother; Mr. T. D. Waggoner of White Bluff,TN.her two grandchildren; Daniel Corlew and Alexandra Corlew.

Men of the Church of God of Prophecy and her  nephews will serve as casket bearers.