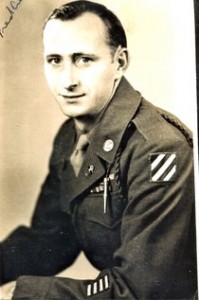 Mr. Creasy was retired from the Sumner County Board of Education as a Bus Driver after many years of service.  He was a United States Army Veteran and proudly served in World War II during which time he received the Purple Heart.  He was a member of Lakeside Church of God of Prophecy and was a retired deacon of the church.

Mr. Creasy was preceded in death by his
Father Willie Thomas and his Mother Neeli Goad Creasy