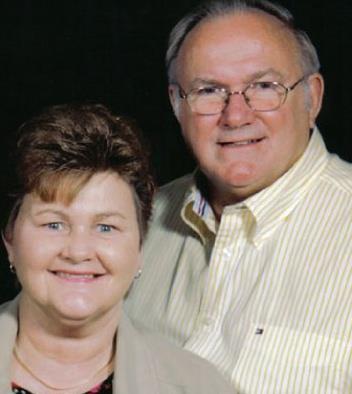 We are pleased to announce the appointment of Bishop Gene Dasher to serve as the District Presbyter for the Cleveland/Chattanooga area churches.  Currently, Bishop Dasher also serves the local church at the Union Grove church, the historic site of the Second General Assembly of the Church of God movements.  Edwina has served alongside Pastor Dasher

In 1966 Gene left Ohio for the U.S. Army and was trained at Ft Knox KY, his first assignment was in the Republic of Vietnam 1966-1967.  He returned home and was at Ft Hood Texas until 1969 when he left to attend College.

Beginning at Cleveland State Community College, Gene transferred to Lee and graduated in 1973 with a Business Administration Degree.

Gene was in sales until 1975 when Bishop Billy Murray appointed him to go to Jackson TN to pastor, and in 1977 was moved to Livingston to Pastor the local church there. While there, Gene attended Tennessee Tech and completed his Masters Degree in Education with a Business cognate.

In 1979 Gene served the church in  Willard, Ohio and was pastor for four years. In 1983, Gene accepted a challenge at Paterson, LA and we stayed that one year

In 1984, he returned to Cleveland hoping to teach at Tomlinson College full-time, however, due to a low census at TC, he as adjunct faculty.

In 1985, Gene was the CFO for the White Wing, and also ran the bookstore a couple of years before jobs were eliminated in the mid nineties.

Please join us in prayer for Gene and Edwina in this new ministry assignment.