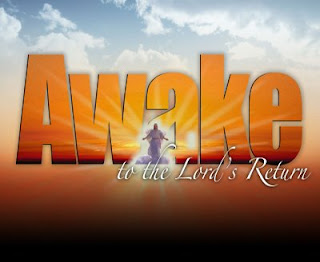 In 56 days, members and friends of the Church of God of Prophecy in Tennessee will be converging on the Embassy Suites Convention Center in Murfreesboro, Tennessee for the biennial State Convention.

As I’ve pondered the theme for the convention, there was one thing that continually came to my heart and mind…the return of the Lord Jesus Christ.

While considering this topic, I came to a conclusion that was a bit startling to my heart and mind. In some senses, this topic has become a forgotten doctrine of the church. This topic piqued my interest and caused me to research the topic more than I had in quite a while. Of course, I began to look at my own notes of ministry and found this to be a subject that I had not preached in quite a while. Something I found more intriguing was the following:

1. Jesus Christ’s existence is a fact of history.
2. There were more than 100 prophecies of His birth, life and death.
3. There are more than eight times as many prophecies regarding His second coming than His
first coming.
4. Salvation is the only subject spoken of more in the New Testament than the second coming.
5. His coming is mentioned 318 times in the New Testament alone.
6. Nine authors in the New Testament mention it.
7. The Apostle Paul mentioned baptism 13 times, communion twice, but he spoke of the second
coming of the Lord 50 times.
8. In the first letter he wrote (1 Thessalonians), Paul referred to the second coming in every
chapter.
9. Maranatha a greek word used by Paul means, “The Lord is coming,” and was a common
greeting in the early church.

With such emphasis in the New Testament, don’t you agree that this is a subject that needs to be studied? Don’t you believe it to be something of great importance when New Testament prophecies of the last days read like today’s newspapers? I do.

I am hoping you will join us for anointed preaching, teaching and worship as we gather for a whole weekend, focused on and centered around the return of our Lord. Maranatha!