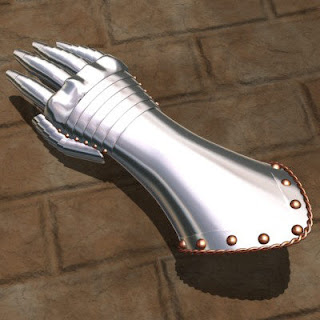 The last three posts have been my attempt to “lay down the gauntlet” for our churches and ministries in the State of Tennessee. We must die out to the “status quo” and move forward with a fervor to see the work of the Lord done.

Far-too-long, we have settled for mediocre when great achievement was just around the corner. In ministry for the past 25 years, I’ve observed countless ministers (both lay and licensed) drop by the wayside, lose interest, lose hope, and just give in to the struggle of making it in the earthly world, forgetting the eternal struggle we are all in. This post is intended to be a rallying cry to do spiritual battle for the Lord. No longer will it be acceptable to be sidetracked by issues and opinions of men. No longer will it be acceptable to give a minimal amount of time, talent and treasure to the work of the Lord. Our willingness to be satisfied with the “good” keeps us from obtaining the “great!” No one should be satisfied with the number of souls being added to the kingdom of God through their ministry, whether it is one per day or one thousand per day. Too many are dying lost and undone without the Lord for us to allow ourselves to be pulled into the traditions of men and the constant bickering over every little thing.

I will never forget the day when I received a call from a particular church member. This member was upset at the pastor and told me that unless I made a change, she would never go back to the church. I tried to be as “sweet” as possible, and I tried to listen to her complaints, which by the way, were very incoherent. Finally, I just came out and asked, “Sister, just what is it that has you so irritated that you are willing to lose fellowship with your church?” Her response was sad, but amusing at the same time. She said, “I don’t like the changes that have been made at the church.” Now, I thought I was getting to something, so I pressed on by asking exactly “what change are you talking about (think she was upset at the changes to membership criteria, etc)?” Her response…”I don’t like the flowers the pastor put in the bathroom.” Pitiful, isn’t it? She was willing to leave her church of many years because she didn’t care for the interior decorating of a bathroom…a place where human waste is released. 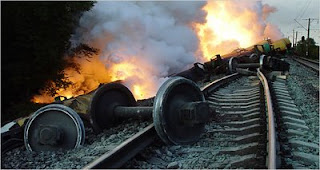 This is the type of thing I am talking about. Most church splits, fights and disagreements I’ve ever tried to referee were based on such silly causes, however, the root is that a “controlling spirit” is at work among the people of God. These are the type of things that derail the faith of the weak, break the spirits of good ministers (who feel like the battle is hopeless) and cause us to miss the work the Lord has for our generation.

I don’t want to be derailed from the faith over such trivial matters. The truth is that I could give hundreds of examples of such foolishness in churches. Are pastors perfect? Absolutely not, and I have to tell you, overseers aren’t either. Do we need to shake ourselves from time-to-time and arouse ourselves from slumber? Yes! A thousand times yes!

Our values will drive us. (1) Prayer, (2) Evangelization, (3) Ministry Development. This is where our time, talent and treasure must be expended. We must work while it is day, because the night is surely coming. Don’t be derailed, encourage yourself in this most holy faith and see the Glory of the Lord arise in your ministry!