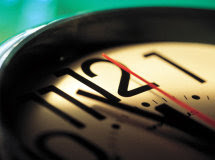 This phrase first came to my knowlege a few-years-ago, when my son Shaun was attending Montana State University. He shared it with me when describing a situation in the political world. The thought never left me.

A few-nights-ago, I came in late and caught the tail end of a newsmagazine (I think it was on ABC) that brought this phrase to mind again. Again, without seeing all of the report, I saw enough to understand the following.

1. People were told the story of the Good Samaritan from the New Testament.

3. The researchers put someone (an actor) on their path who was feigning distress.

It appeared to me that the researchers were putting people to the test, immediately after hearing the story of the Good Samaritan.

The bad news is the many of them did not stop; but the good news is that many did.

What came to my mind (and has been there ever since) is if I personally am going so many directions, trying to get so much done, being so involved, falling prey to the “tyranny of the urgent.” in what I do. This might be okay for some folks, but not for ministers of the gospel.

As I thought about it further, I realized that I know all of the interstates very well across this country, but especially in Montana, North Dakota, South Dakota, Wyoming, Arkansas, Oklahoma and Tennessee, but do I know the beauties that I may have missed by always being in such a hurry.

As we continue our journey together, let’s make sure we don’t fall to the “tyranny of the urgent.” Let’s make sure that we enjoy the scenery along the way. God bless.