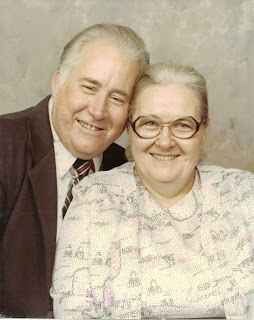 PHOTO TO THE RIGHT

In 1909, a young girl by the name of Sonora Dodd had the idea for “Father’s Day” while listening to a sermon on Mother’s Day. Sonora, who lived in Washington State, wanted a special day to honor her own father, William Smart.

Her father, William was a veteran of the Civil War (1861-1865) who became a widower when his wife died giving birth to their sixth child. Smart suddenly found himself rearing a newborn and five other children by himself on his family farm located in eastern Washington state.

Like all of us, Sonora learned to truly appreciate her father after she reached adulthood. She realized and appreciated the courageous and self-sacrificing example her father had left her. Since her father was born in June, she decided to hold the nation’s first father’s day in Spokane, Washington on June 19th, 1910.

In 1924, President Calvin Coolidge lent his support to the idea, but it wasn’t until 1966 that President Lyndon Johnson issued a presidential proclamation declaring the 3rd Sunday of each June as National Father’s Day. Then, in 1972, President Richard Nixon signed the which law which made it permanent.

On a regular basis, I remember my own father, especially on this weekend each year. He went to be with the Lord on June 26, 1989 and my life has not been the same since then. I have regrets that I didn’t spend more time with him, and that I didn’t tell him how much I appreciate and love his sacrifices for me. No, he wasn’t perfect…like me, he was far from it. Yes, he was a good man…..and I won’t ever forget him.

If your father is still living, please, give him a call. While he will appreciate the necktie, shirt, or whatever you give him to honor father’s day….nothing will make him feel as good as a call or visit from you, telling him, “I love you.”